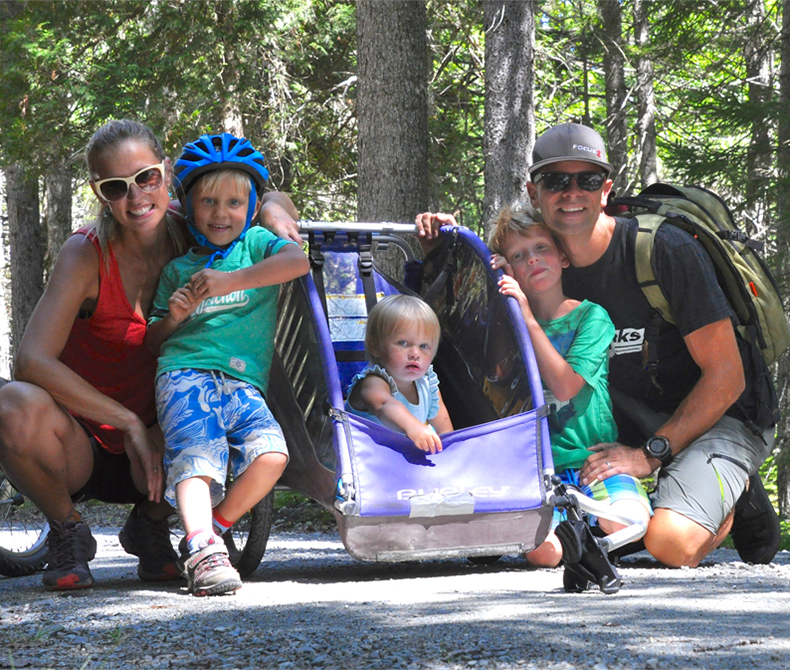 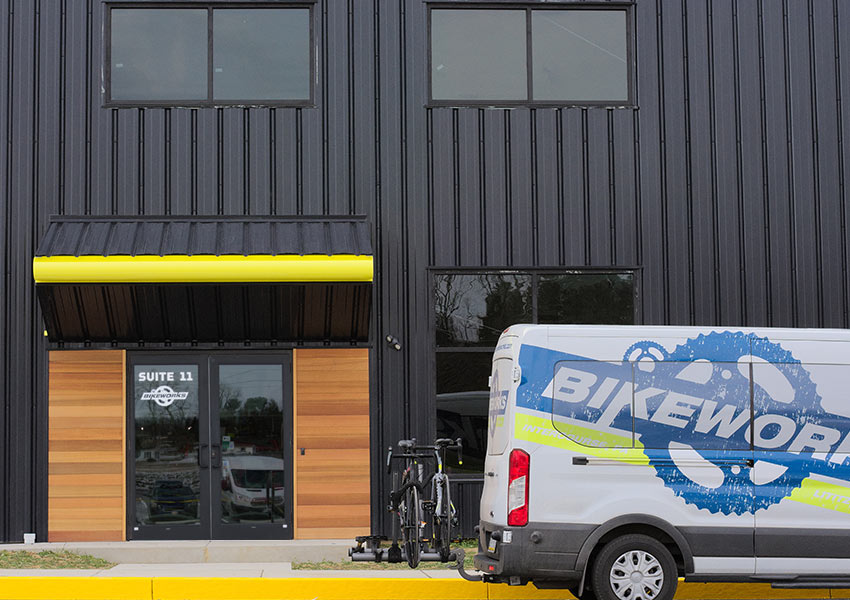 You could say cycling is in Mark Branle’s blood.

Second, he grew up shredding MTB trails in his Native New Jersey.

Then he discovered the challenge of the road and elevated his enthusiast status to a competitive one. A former State Champion turned master’s racer, Mark has several big wins and impressive finishes under his belt, on both the road and on the mountain.

But, sadly, Mark was a grumpy man.

The corporate world was getting him down, and getting in the way of his cycling.

When an opportunity to help expand Doylestown Bike Works was pitched to him, he dove in without hesitation. Of course, as a “silent” owner, that darned corporate world was still part of his daily grind.

When Mark met Rebecca, she was a runner, and, like him, a veteran in the advertising world – she, a creative; Mark, a sales manager. He quickly convinced her a workout was better on two wheels than on two feet and Rebecca started riding. She also started checking out bike shops, trying to find this new man in her life gifts, but, sadly, success was never hers. Bike shops were all bikes and parts. She wanted more.

And she did get more. She got a husband, and a great idea.

Sitting at a traffic light in tourist-heavy Intercourse, Rebecca wondered if these tourists would ever experience the true beauty of the Lancaster countryside – the beauty that lies beyond the shops and busy streets, the real peace and culture of the community. An area native, she only really discovered it when she got on her bike. And that’s when it hit her. She and Mark could open up their very own bike shop, one that sold the world’s best bikes and gave some killer guided tours. Oh, and while they were at it, she wanted a bike shop she could SHOP in.

As they got to work creating the shop, the couple discovered their two totally different cycling perspectives work like a charm. Mark is your guy for all things intense – serious road, cross, and mountain bikers will find him to be a great source of knowledge. Rebecca is a straight-up enthusiast. She rides for the pure joy of it and is a great source for the new rider who wants an all-comfort, no-intimidation experience.

Two-and-a-half years after opening, success in Intercourse led to an option to expand to Lititz, the pair’s favorite town for a date night or a family spin on the local rail trail. Never wanting to think inside the box, the two took on the ambitious idea to create a bike share on the local rail trail and team up to host free weekly cyclocross clinics for kids. They also took on the so-talented Eric Mason as Service Manager and bicycle business visionary Dan Hensley as Business Development Manager, and their leadership team of four was complete. Well, really this is a team of seven.

Because this is a family business. And by family, we mean family. Frequent visitors to either shop will likely meet Brady, a sixth-grade speedster who loves to join his stepdad, Mark, on the cyclocross course; Caleb, a 9-year-old madman who’s as nuts on the ground as he is on wheels; and five-year-old Anna Simone. While Mark and Rebecca thought she might add some calm to their cycling storm, it turns out she’s more fierce and fearless than her brothers. And pretty cute, too.

This was a great way to see the Amish countryside. Our guide Mark set us up with our bicycles and led us through the fields. Going up some of the hills was a challenge for me, but Mark kept an eye out and made sure I was okay. Dinner at the Amish Farm was a lovely experience. The family was…